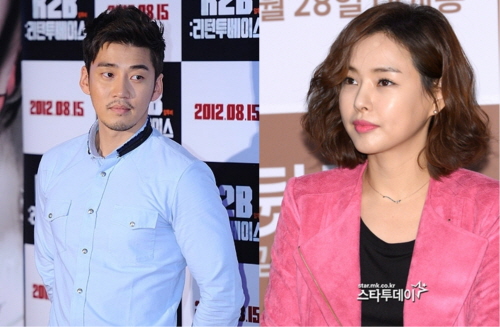 g.o.d. member Kim Tae-woo-I claims it was all thanks to Lee Honey that Yoon Kye-sang is back on the team.

He appeared on CBS "Kim Hyeon-jeong's News Show" and talked about how g.o.d. reunited.

Kim Hyeon-jeong asked how all the five members who were in different directions got to reunite and Kim Tae-woo-I said, "It was 15 years since our debut and there was a reason why the fans waited for us".

"Yoon Kye-sang was hesitant until the very last minute because he liked where he was after all the hard work and acting. He didn't want to go back to being a singer and risk it all".

"Lee Honey helped us a lot. She's a great fan for convincing him to join the team again".

"Lee Honey convinced Yoon Kye-sang to rejoin g.o.d."
by HanCinema is licensed under a Creative Commons Attribution-Share Alike 3.0 Unported License.
Based on a work from this source