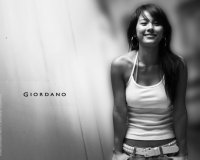 Singer Lee Hyori has admitted that some of the songs on her recently-released fourth album "h.logic" were plagiarized.

In a message posted to her online fan club on Sunday morning, Lee said, "Among the songs on the fourth album, several songs by composer Bahnus were found to be plagiarized. I will take the moral responsibility as best as I can, and I don't think I will be able to continue to promote the album for now.

Rumors of plagiarism surfaced in April, but Lee's management agency Mnet Media denied them at the time and said it would respond to the accusations in a lawsuit. "The suspicions are the result of an illegal leakage of some songs by Bahnus, who studied in England, while he was sending his demo CD to other foreign singers", the company said.

However, suspicions intensified when Cookie Couture wrote on its Twitter page, "Korean singer [Lee Hyori] stole our song 'bring it back'... but don't worry... our lawyers will be dealing with it".

Mnet Media now admits the songs were plagiarized. "We confirmed recently that the documents that the composer sent us as evidence of his innocence had in fact all been forged", an Mnet executive said. "We emailed all the artists mentioned as the original composers, and received replies from two of them that the songs are copies. After further investigation, we plan to sue Bahnus".

Lee was also accused of copying Britney Spears' "Do Something" when she released "Get' Ya", the title song of her second solo album in 2006, and she subsequently cut short promoting the song over the affair.

"It is highly likely that the management agency was fooled by the composer as the original songs are mostly non-mainstream", music critic Park Eun-seok said. "However, this case clearly shows the abysmal reality of mainstream K-pop culture where songs are manufactured rather than created".