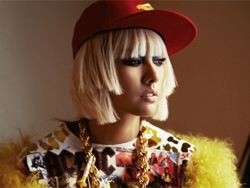 After Lee Hyori finally spoke out about the plagiarism allegations directed at her most recent album, H-Logic, Mnet Media also announced their course of action. The company has revealed that they will be taking legal action against Bahnus, who is the composer allegedly behind these plagiarized tracks. In addition to the filed lawsuit, seven songs from H-Logic will be removed from online music sites to prevent any additional sales. These seven songs include "I'm Back", "Feel the Same", "Bring It Back", "Highlight", "Swing", "How Did We Get", and "Memory".

Also, the pop diva has started up her own entertainment agency, B2M Entertainment, to start self-managing her activities in August.