Lee Hyori songwriter handed over to prosecutors for fraud 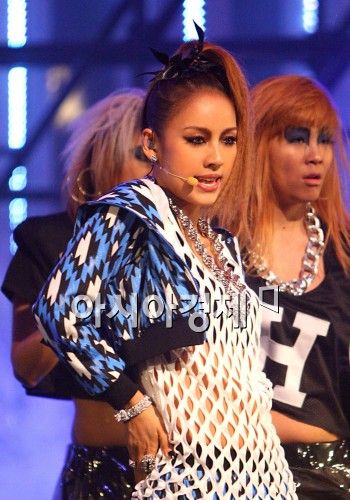 The songwriter who provided Korean singer Lee Hyori with plagiarized songs for her latest album "H-Logic" has been handed over to prosecutors on charges of fraud, according to SBS TV's eight o'clock news which aired Wednesday.

It was reported that early this year, a songwriter known by the last name Lee had heard that Lee Hyori was looking for songs to put on her fourth album.

Under the stage name Bahnus Vacuum, songwriter Lee had passed off songs that belonged to foreign artists as his original work, and delivered them to the singer, receiving around KRW 29 million won for the compositions.

Local police turned the songwriter over to prosecutors on July 21 on charges of fraud and obstruction of work.

The plagiarism controversy surrounding "H-Logic" has been making news for the past few months, with Lee Hyori and her agency Mnet Media filing criminal charges against record producer group Bahnus Vaccuum on July 1.

An official at Mnet explained that Bahnus had committed fraud by providing plagiarized songs and obstructed the activities relating to Lee's record production and sales.

On June 20, the singer herself posted a message on her official fan cafe, admitting that several songs on the record were plagiarized and announced a break from all musical activities until the issue gets solved.

The singer was enjoying a comeback to the music scene with "H-Logic", which was released on April 15.

"Lee Hyori songwriter handed over to prosecutors for fraud"
by HanCinema is licensed under a Creative Commons Attribution-Share Alike 3.0 Unported License.
Based on a work from this source