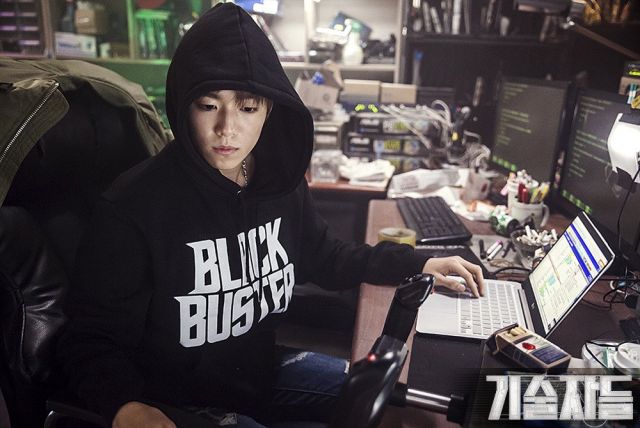 Stills of Lee Hyun-woo from the movie "Criminal Designer" as a genius hacker came up online.

Lee Hyun-woo is well-known for his cute and lovely characters in "Queen Seon-deok", "Master of Study" and "To The Beautiful You", except for the character in his recent movie, "Secretly and Greatly" where he played in a role as an agent who was dispatched to the South. This time around, he's a technician.

Lee Hyun-woo's role of Jong-bae is the youngest one of the group, but he's a server hacker genius. He hacks security companies and sinks their stocks, then makes a shareholder into the largest shareholder by raising percentages. He's an intelligent criminal who couldn't get a job because of rumors about betraying his colleagues, until Ji-hyeok (Kim Woo-bin) discovers him and offers him a spot on the team.

Lee Hyun-woo appears feisty and bouncy in this character.

Lee Hyun-woo saod, "The director told me many stories of hackers in Korea so I got to learn a lot from them. I watched a lot of reference movies, too. I wanted to change to be able to come out with something new for my fans".

Director Kim Hong-seon said, "Lee Hyun-woo has always been a young role such as a student, but this time he's a grown-up and a cute one, too".

It's expected that Lee Hyun-woo will put on a performance no lesser than a real hacker, which will fit perfectly as the youngest 'technician' of the group.

Meanwhile, "Criminal Designer" is about the business of technicians who gather together to steal 150 billion won hidden in the Incheon Customs during a limited time frame of 40 minutes. The release date for this movie is set in late December. 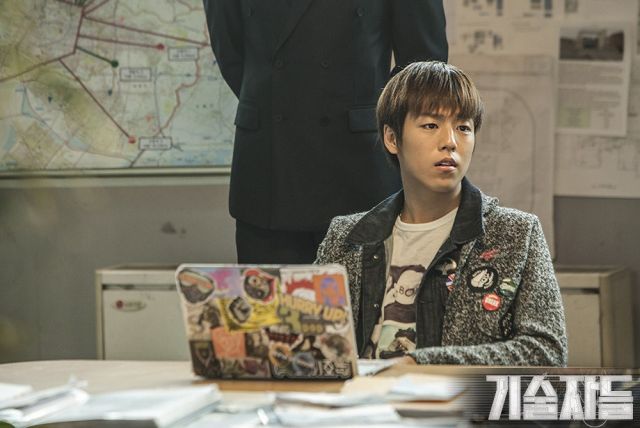 "Lee Hyun-woo in "Criminal Designer""
by HanCinema is licensed under a Creative Commons Attribution-Share Alike 3.0 Unported License.
Based on a work from this source