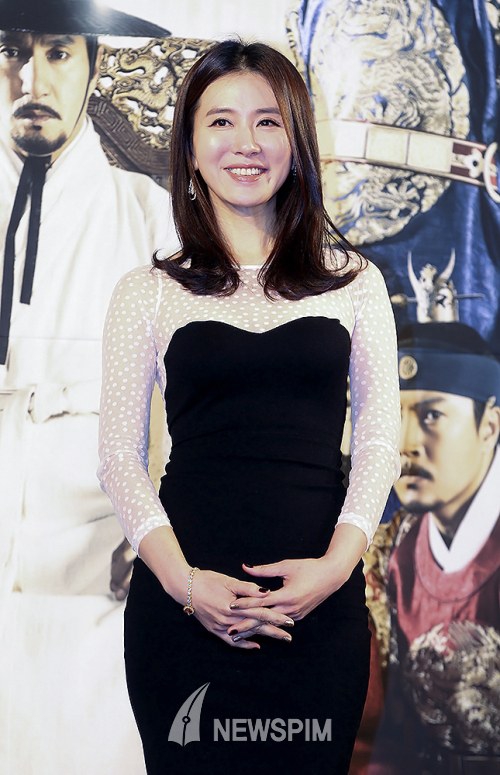 The press conference for the KBS 1TV drama "Jeong Do-jeon" was held on the 2nd in Seoul.

Lee Il-hwa recently starred in the tvN drama "Answer Me 1994" as Na-jeong's (Go Ara) mother Lee Il-hwa and is starring in the current SBS drama "My Love from the Star". She is Se-mi's (Yoo In-na) mother and is starring "Jeong Do-jeon" at the same time.

"I have a hard time staying at home with no work. When I'm out there working, I even surprise myself. I think then, I do this because I want to give my children a good life. I want to be a role model to them".

Meanwhile, "Jeong Do-jeon" is about the conflict of those who want to build Chosun and those who want to protect the Goryeo based in the turbulent times when the Goryeo was chaning to the Chosun. Politicians who considered justification more important than their lives tell their story.

Lee Il-hwa takes on the role of Kang, the second wife of Yi Seong-hye, and one who becomes Queen Sun-seok in the far future. She is the political shield for Lee Seong-gye as well as a friend and when he becomes king, she quickly places her son as the prince.

"Jeong Do-jeon" will be aired in April every Saturday and Sunday at 9:40PM.

"Lee Il-hwa, method to acting in various dramas?"
by HanCinema is licensed under a Creative Commons Attribution-Share Alike 3.0 Unported License.
Based on a work from this source