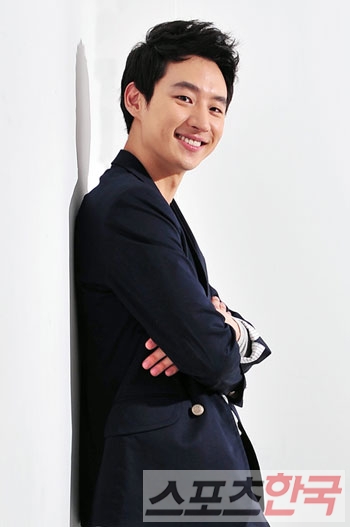 Is he doing it again?

Many people may rememberplatoon leader Sin Il-yeong, who was addicted to morphine, from the movie "The Front Line", although not his real name. He doesn't hold back around senior actors like Shin Ha-kyun and Ryoo Seung-ryeong either.

It has been proven that he's a possible rising star by his awards received in 2011. He was awarded the Best New Actor award at both the 48th Daejong Awards and the 32rd Cheong Ryong Movie Awards for the movie "Bleak Night". He also scored awards at the 20th Buil Movie Awards and the 31st Korean Movie Critics Association Awards.

Now turning 29 years old, Lee Je-hoon is about to make a place for himself in his last year of his twenties. His movie "Architecture 101" with Uhm Tae-woong and Han Ga-in is about to be released and he is the main character in the upcoming movie "The Fortune Tellers" with Kim Soo-ro and Kang Ye-won. He is also in the SBS Drama "Fashion King" coming in March.

"Lee Je-hoon, chosen as 2012's rising star by newspaper "Sports Hangook""
by HanCinema is licensed under a Creative Commons Attribution-Share Alike 3.0 Unported License.
Based on a work from this source