Lee Je-hoon in "Taxi Driver", Refreshing as a 'Taxi Hero' 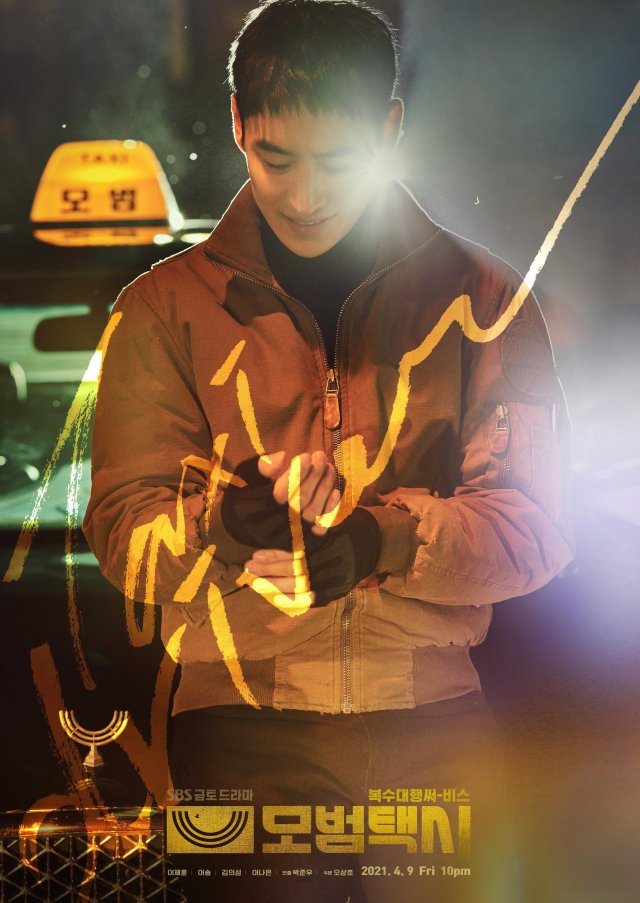 Actor Lee Je-hoon is turning into a taxi driver who hunts down bad guys in "Taxi Driver".

The new SBS drama "Taxi Driver" released a poster of the main character on the 22nd. Kim Do-gi, a taxi driver from Rainbow Transportations undergoes revenge on behalf of his customers. "Taxi Driver" is based on an original webtoon.

The teaser poster has two versions; vertical and horizontal. In one poster, Lee Je-hoon is sitting on the hood of his car and touching his gloves. In the vertical poster, he looks charismatic with piercing eyes.

The production team said, ""Taxi Driver" is a Korean-style dark hero film that represents our neighbors who are suffering unjustly in the midst of crimes that are prevalent in Korean society. We will provide empathy and pleasure beyond satisfaction given by simple heroes".

"Lee Je-hoon in "Taxi Driver", Refreshing as a 'Taxi Hero'"
by HanCinema is licensed under a Creative Commons Attribution-Share Alike 3.0 Unported License.
Based on a work from this source