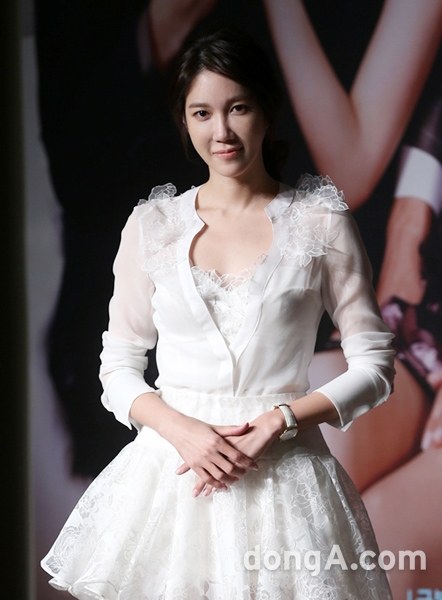 Lee Ji-ah was surprised at writer Kim Su-hyun's advice. Lee Ji-ah is coming back with a new drama called "She Gets Married Thrice" for the first time in years since two years ago. She was cast for this role after Han Ga-in and Kim Sa-rang both refused to be a part of this drama.

Lee Ji-ah seemed very nervous at the production press conference on the 5th. She said, "It's an honor to star in Kim Su-hyun's work if you act. However, it adds a lot of pressure. She told me to break the frame and walk out of there".

These words seem to be like a tag to Lee Ji-ah. She said, "I know there are various meanings to that. I treasure the people I meet and I'm happy that I have nothing to hide as well"

"She Gets Married Thrice" is a realistic story trough two sisters about marriage. Lee Ji-ah plays the role of a woman who failed her first marriage and moved onto the second marriage. About her views on marriage, she said, "It's hard. I think we need to understand and care for each other. There needs to be balance on both sides of the marriage, not just one".

"Lee Ji-ah advised by Kim Su-hyun to break the frame"
by HanCinema is licensed under a Creative Commons Attribution-Share Alike 3.0 Unported License.
Based on a work from this source