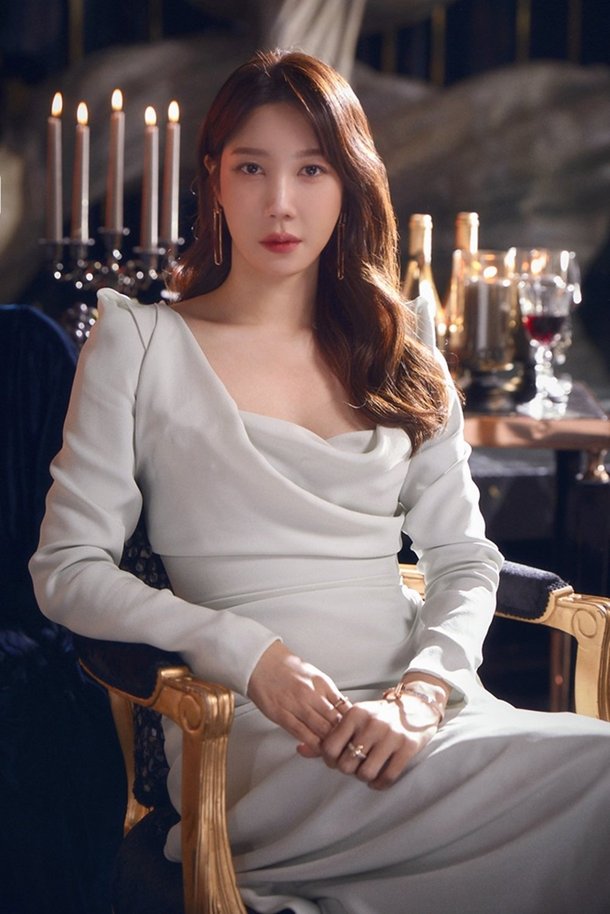 Lee Ji-ah is coming back with the drama "The Penthouse" for the first time in two years.

The new SBS drama "The Penthouse" is a drama about the unapproachable queen of the penthouse on the 100th floor versus a prima donna so full of desire she swallows everything in her way versus a woman rushing toward entering the upper class with an unfilled desire that cannot be filled in a hot spot where real estate and education are No.1.

About the reason behind choosing "The Penthouse", Lee Ji-ah said, "First of the all, it was really fun to read. I breezed through the script reading how Sim Soo-ryeon expresses her pain and gets her revenge and wanted to know more. She is a challenge for me but writer Kim Soon-ok's writing skills and director Joo Dong-min's delicate guidance gives me every reason to be in it".

About her character, she said, "Shim Soo-ryeon thoroughly controls and decides her emotional status. She is one of the hardest characters to predict that I've ever played and that's why I was even more attracted to her. I focused on how she expresses her inner pain and gets her revenge, incarnating her double-ness. I'm constantly thinking about her elegant and strong accent and restrained but elegant behavior".

About the charm of Shim Soo-ryeon, Lee Ji-ah said, "She has an aura that dominates even without her shouting. She's pure on the inside and seems very considerate but she's no fool. For a woman who has everything, she must sharpen her blades for revenge but also not lose her elegance. I discussed the matter with the writer and producer numerous times on how to allow elegance and revenge co-exist at the same time. This might be the most interesting point to the viewers too".

Towards the end, the actress said, ""The Penthouse" is full of things to see. It is the story of human instincts that everyone can relate to".

Meanwhile, the new SBS drama "The Penthouse" premieres on the 26th at 10PM.

"Lee Ji-ah Explains Reason for Choosing "The Penthouse""
by HanCinema is licensed under a Creative Commons Attribution-Share Alike 3.0 Unported License.
Based on a work from this source