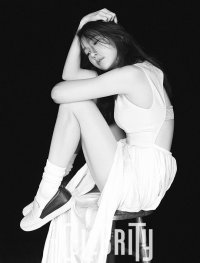 Actress Lee Ji-ah, who starred in the history drama series "The Legend", will make a guest appearance on a talk show about popular Asian dramas at the Osaka studio of Japan's NHK TV.

Lee's management agency BOF recently said that she will appear as a guest in the May special edition of the talk in front of 500 audience members. The talk show will introduce the historical drama series and the actress will get the chance to answer questions asked by the audience members.

An NHK official said "The Legend", which began airing on NHK from April 5 has been dubbed "Winter Sonata 2" for its high viewer ratings. The official added that Lee's outstanding performance in the drama series is quickly making her a star in Japan as well.

"Lee Ji-ah to Make Guest Appearance on NHK Talk Show"
by HanCinema is licensed under a Creative Commons Attribution-Share Alike 3.0 Unported License.
Based on a work from this source