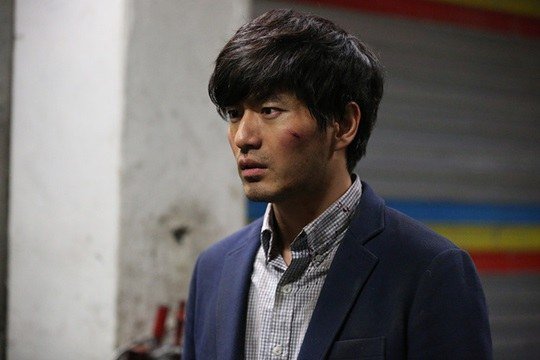 The preview conference of the movie "The Target" was held on the 24th and Lee Jin-wook answered the questions, "What is the difference in feeling between being in a drama and a movie?"

He said, "There's a difference in preparation. Using the time given to you is also different".

About the character Tae-joon, he said, "It was a good experience for me as I could express various emotions. Tae-joon is a romantic character. I worked hard to bring about the hidden emotions in him in different circumstances".

"The Target" is a remake of the 2011 French movie "Point Blank" about a man who is complicated into a murder and tries to save his wife. A doctor helps him along the way while two detectives chase after them. To be released on the 30th of April.

"Lee Jin-wook, "Movies vs. dramas, they're different""
by HanCinema is licensed under a Creative Commons Attribution-Share Alike 3.0 Unported License.
Based on a work from this source