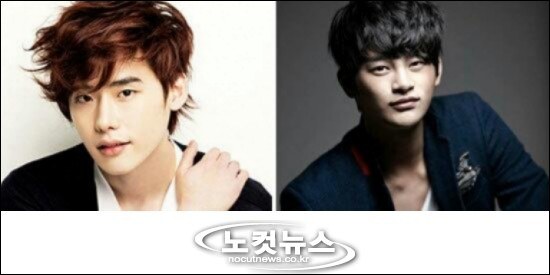 Lee Jong-suk and Seo In-guk have been cast for the movie "NO-BREATH" which deals with the passion and will of the youths.

"NO-BREATH" is a swimming term which means to swim through the waters without breathing.

Lee Jong-suk has shown his possibilities as an actor through the KBS drama "School 2013" and has landed himself in the role of a rising swim star.

Seo In-guk from the tvN drama "Answer Me 1997" is a genius when it comes to swimming but doesn't swim. However, he looks for a leap in life through swimming and so he holds his breath and prepares for the future.

"NO-BREATH" will be out in the later half of the year.

"Lee Jong-suk and Seo In-guk in "NO-BREATH""
by HanCinema is licensed under a Creative Commons Attribution-Share Alike 3.0 Unported License.
Based on a work from this source