Lee Jong-suk's challenge: Why "Pinocchio" is such a big deal 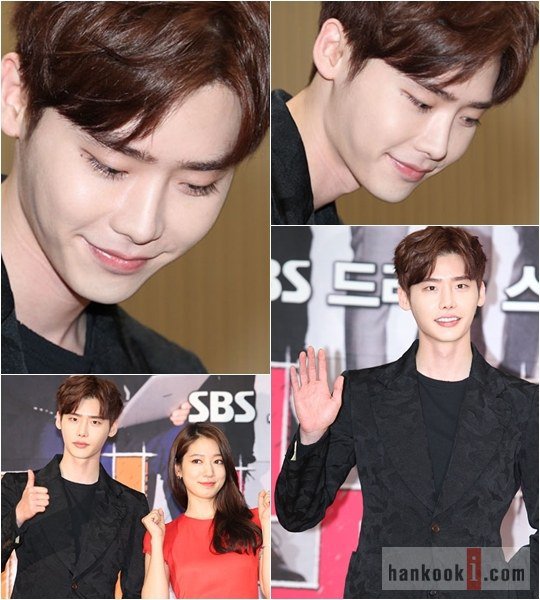 Lee Jong-suk is coming back with the new SBS drama "Pinocchio" as Choi Dal-po.

With the first episode coming up on the 12th, "Pinocchio" is so highly anticipated because actor Lee Jong-suk, 5 years into acting, is included in the cast.

Since his debut in 2010, Lee Jong-suk has been approaching various genres of dramas including historical and complex types to prove his talent. He showed maturity with the SBS drama "Doctor Stranger" last July. Along with positive reviews about his performance, he earned the trust of viewers and this leads right to "Pinocchio".

The teaser of "Pinocchio" shows Lee Jong-suk with messy hair with titles like, 'country boy', 'taxi driver' and 'social reporter' many highly anticipate the various changes he will go through once again. Choi Dal-po is a man who has to live a lie with the past buried deep under. Lee Jong-suk's collaboration with Park Shin-hye and the crew from "I Hear Your Voice" is enough to make up the greatest drama of all time.

Lee Jong-suk's choice of work in the past is another reason "Pinocchio" is so highly anticipated. "School 2013", "I Hear Your Voice" and "Doctor Stranger" are some of his recent successes and perhaps he has great taste in choosing his works. Many expect "Pinocchio" to be another one of his lucky choices.

Meanwhile, "Pinocchio" is about a man who lives a lie and a woman who can't lie and it will be on air on the 12th at 10PM.

"Lee Jong-suk's challenge: Why "Pinocchio" is such a big deal"
by HanCinema is licensed under a Creative Commons Attribution-Share Alike 3.0 Unported License.
Based on a work from this source