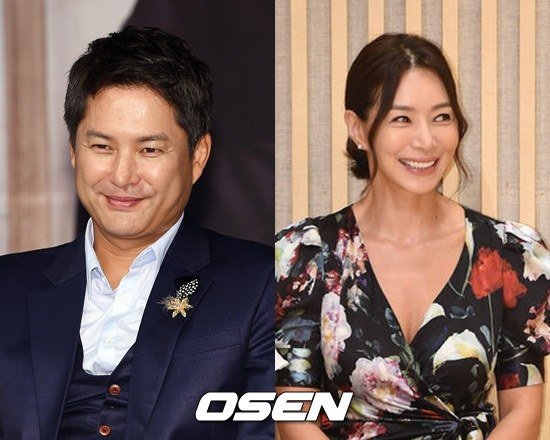 "Heaven's Promise" is about the rollercoaster life of a woman who has been abandoned by the one she loves and is in a circle of failed romance. Two generations of women go through misfortunes in this drama.

Lee Jong-won, Kim Hye-ri, Yoon Joo-sang, Oh Young-shil, Yoon Bok-in and others make up the cast and expectations are high as they are very reputable actors and actresses.

Lee Jong-won takes on the role of Jang Kyeong-wan, the president of Baekdo Group. He's domestic and loves his family but he's also cold-hearted enough to abandon his first love Lee Yoon-ae (Lee Yeon-soo) and choose the chairman's daughter Park Yoo-kyeong (Kim Hye-ri) instead. Also, for the sake of his daughter Jang Se-jin's (Park Ha-na) happiness, he makes sure Lee Na-yeon (Lee Yu-ri) is miserable.

Kim Hye-ri is an independent and hot blooded woman and also Jang Se-jin's mother Park Yoo-kyeong. She steps on Lee Yoon-ae (Lee Yeon-soo) who is her high school friend, to steal Jang Kyeong-wan (Lee Jong-won) from her and even bullies Lee Yoon-ae's daughter Lee Na-yeon. This is also the first time Kim Hye-ri and Lee Jong-won are getting together again since the 1994 drama "Contract Couple".

Oh Young-shil is Kang Tae-joon's (Seo Jun-young) mother Oh Man-jeong who pretends she's a madam of a wealthy family and bluffs everywhere she goes. Yoon Bok-in, who recently starred in the dramas "Cheese in the Trap" and "My Daughter, Geum Sa-Wol", plays in the role of food store owner Yang Mal-sook who is Lee Na-yeon's foster mother.

Neo Entertainment claims that the lineup of Lee Jong-won, Kim Hye-ri, Yoon Joo-sang, Oh Young-shil, Yoon Bok-in and others is the dream line up and a lot is expected from them.

Meanwhile, "Heaven's Promise" is a collaboration by writers Kim Yeon-sin and Heo In-moo. The drama is directed by Jeon Woo-seong and is set to air on the 1st of February.

"Lee Jong-won, Kim Hye-ri, Yoon Joo-sang and more to star in "Heaven's Promise""
by HanCinema is licensed under a Creative Commons Attribution-Share Alike 3.0 Unported License.
Based on a work from this source