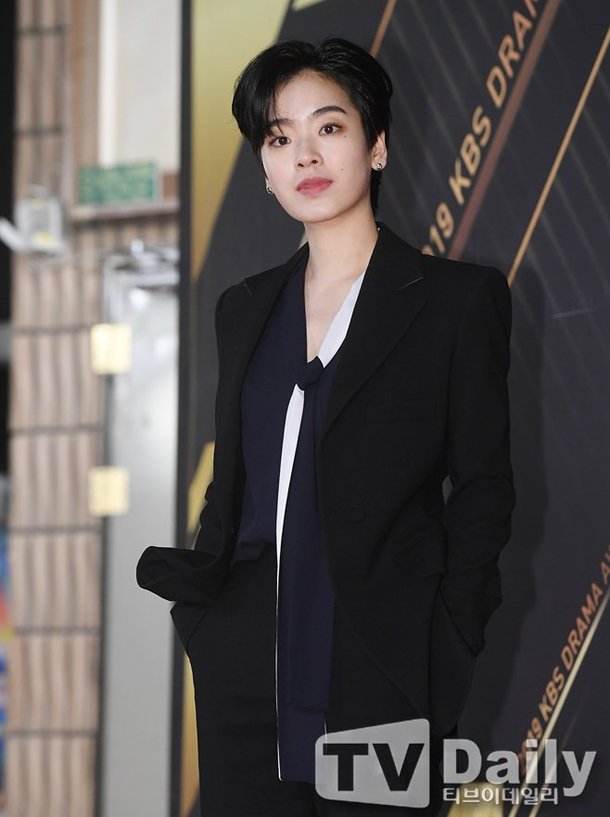 She said, "I hated staying back late at school so I joined physical educations class. That became my major in university".

"I then started a theater class for culture studies and that was it. I had never seen a play before I was in university, but after becoming curious about it, I tried it out myself. That has led me to where I am today".

Lee Joon-young recently starred in the jTBC drama "Itaewon Class" as a transgender woman named Ma Hyeon-yi. She says she doesn't have an aftermath of the drama.

"After the drama, people started recognizing me on the streets. But now I'm just staying at home because of the current social situation".

Lee Joo-young says she read the webtoon and said, "I was amazed when I got cast. Ma Hyeon-yi wasn't easy. I tried to break the stereotype people have about transgender people".

A common factor she shares with Ma Hyeon-yi is that they both like to cook. "I lived alone for 5 years and I know how to cook", she said. "I usually cook Korean dishes".

About the friendships she's created through "Itaewon Class", she says, "The group chat is still very active. There's a chat room with just us youths and another one with the seniors".

"Lee Joo-young Says the "Itaewon Class" KakaoTalk Group Communicate Daily"
by HanCinema is licensed under a Creative Commons Attribution-Share Alike 3.0 Unported License.
Based on a work from this source