Lee Joon-gi: 'You Are Best Fans' 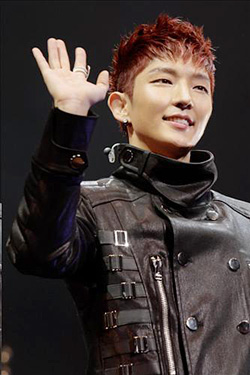 Hallyu star Lee Joon-gi, who was discharged from the military last month, held a fan meeting entitled "Coming Back" twice at Pacific Yokohama National University Hall on March 18, and he spent a pleasant time with his fans. Lee Joon-gi began the event with the presentation of his memorable photo album containing his appearances from his childhood until his military discharge, and he announced his comeback by singing the song "One Word" that was arranged into rock style music performed by Paul Band. Lee Joon-gi said, "Thank you for waiting for me for such a long time.

I had been dreaming right here in Yokohama when I was a rookie actor and I also held a fan meeting right before I joined the army. I am very glad that I can meet all of you again in this meaningful place. Today, I want to make another good memory with you. Let's enjoy this time together". He also talked about his life in the military, saying, "I could fulfill my military obligation thanks to all of you, who have given energy to me. I had to do everything by myself in the army, and I could realize that I had been greatly loved by many people who helped me in many ways". 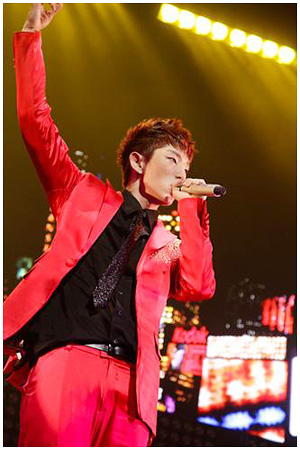 Lee Joon-gi sang songs live such as "Fiery Eyes", "I Don't Know Love", and "J Style", which enraptured the audience. His new single entitled "Deucer" ranked atop the Oricon daily chart on the very day when it was released on March 16. He said, "You have given the first ranking to me. It is all thanks to you". Then he enthusiastically sang the songs included in the new album, "Born Again" and "Together", and the audience cheered his performance.

Many of his fans from other nations such as Korea and China attended the event and cheered for him during the event. Lee Joon-gi closed the event after two and a half hours when heart-shaped papers were scattered all around the hall. Lee Joon-gi said, "I would like to respect all my fans who have shown the best appearance with an enthusiastic response today. You are the best fans ever".