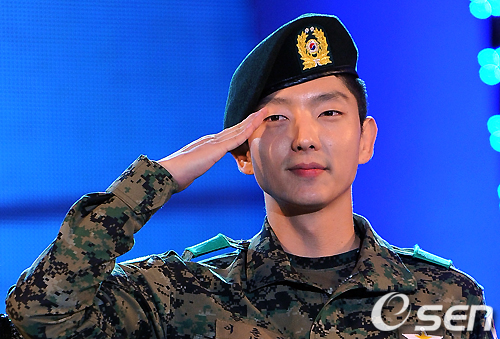 Coming back on the 16th of February, he is recieving several offers in films, dramas and advertisements nationally as well as internationally. An official said, "He is thoroughly considering the best choice".

Lee Joon-gi expressed during his service time that he wanted to meet with the fans as soon as possible, so he planned a comeback event where both national and international fans can meet him at the same time.

After his official website announced this, fans all over from Asia, America, France, Germany, the Americas, Western Europe, Hungary, Romania, Eastern Europe, Peru and Central and South America signed up for the event.

The official said, "We were expecting fans from the Asian area but fans from so far away is surprising and we will prepare well so that fans from everywhere can celebrate Lee Joon-gi's comeback together".

"Lee Joon-gi gets domestic and international love calls "
by HanCinema is licensed under a Creative Commons Attribution-Share Alike 3.0 Unported License.
Based on a work from this source