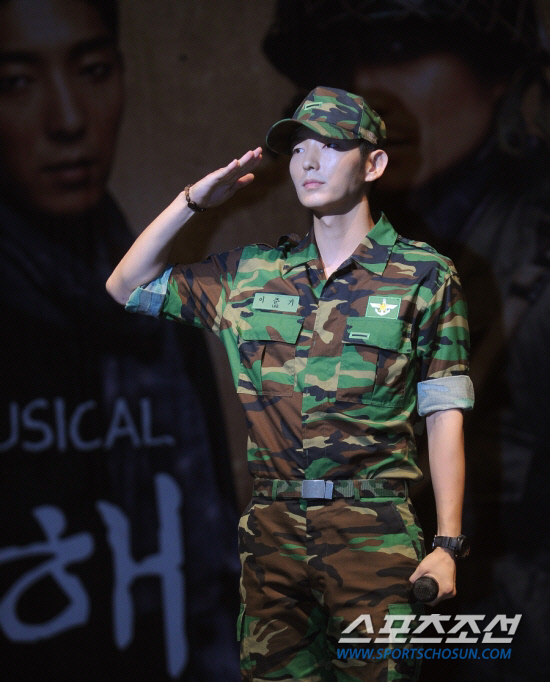 Actor Lee Joon-gi who is on duty at the Defense Agency for Public Information Services (DAPIS) became a sergeant.

His management revealed, "Lee Joon-gi became a sergeant on the 1st of December. He has been hosting many events as an MC at the DAPIS with wit and humor".

When he's discharged soon, he plans on holding a fan meeting in Japan. Many are interested in what this "The King and the Clown" star actor will do when he's done with the army.

His management said, "Despite the minus degrees last week, he is working hard to fulfill his duties as a soldier until his final day".

"Lee Joon-gi is sergeant... discharged in February"
by HanCinema is licensed under a Creative Commons Attribution-Share Alike 3.0 Unported License.
Based on a work from this source