Lee Joon-gi: Proof that the K-Wave Rolls On 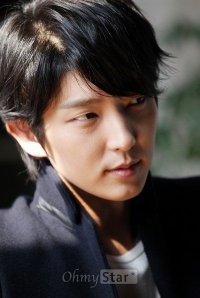 The actor Lee Joon-gi, propelled to stardom in the surprise blockbuster "The King and the Clown", has picked up quite a following in Japan. At the 19th Tokyo International Film Festival which runs from Oct. 21 to 29, Lee was enthroned as the top star. Along with director Lee Joon-ik, Lee Joon-gi traveled to Japan at the festival's invitation. The fanatical welcome he received from fans showed that there is still potential for the tide to rise in another Korean Wave. The Japanese press also showered praises. The Japan Times reported that of the 10 Korean films and their stars asked to the festival it was Lee Joon-gi who received the most uproarious applause.

Even Japanese sports papers kept close tabs on every move of the two Lees. Lee Joon-gi is in the midst of shooting the joint Korean-Japanese film "Virgin Snow" with Japanese actress Aoi Miyazaki in Kyoto.

But Lee Joon-gi is also at the height of popularity with domestic audiences. The mini-drama commercial he did for Samsung Electronics, called "Lee Joon-gi: One Person, Four Colors", has been explosively popular in the 10 days since their release on the Internet, already picking up 1.5 million hits. The ads are for the Samsung Anycall Fx Phone. The 50-second spot shows the actor making use of all the top-notch features of the cell phone as he visits a health club, an art museum and a library, all in an effort to win the heart of a girl he likes.