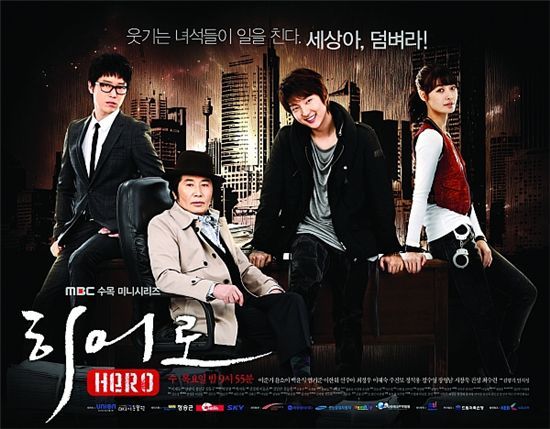 Lee Joon-gi in an official poster for "Hero - Drama" [MBC]

According to statistics released by TNS Media Korea the following day, the Wednesday/Thursday evening drama recorded a viewership rating of 4.7 percent for its final episode. Another research firm, AGB Nielsen Media, reported a 5 percent rating.

"Hero - Drama", which premiered in November, had taken off to a rough start with two lead actresses pulling out of the show and had failed to fare well against other prime-time dramas, namely KBS2 TV's "The Slave Hunters" and SBS' "Will It Snow for Christmas??".

Lee played the role of a passionate reporter working for a third-rate magazine in the drama, about a group of youngsters who rebel and fight against a corrupt society.

"Lee Joon-gi's "Hero - Drama" ends with low ratings"
by HanCinema is licensed under a Creative Commons Attribution-Share Alike 3.0 Unported License.
Based on a work from this source