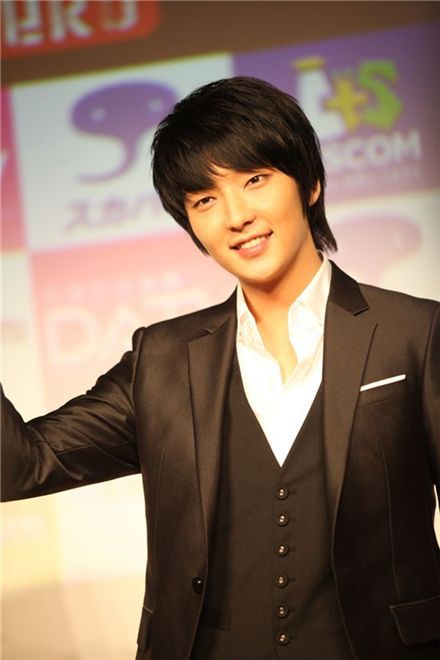 Korean actor Lee Joon-gi has revealed his feelings about going to the military next week, saying he is "looking forward to spending time [in the military] as any average man who has to fulfill his mandatory military duties".

Lee was quoted as saying the remark in a press statement released by his agency JG Company on Thursday, the response following the decision which has forced him to drop out of film "Grand Prix" and TV series "Faith".

The actor, who started shooting "Grand Prix" with top Korean actress Kim Tae-hee earlier this month, had been trying to defer his military entrance date to fulfill his current work commitments before joining the two-year service.

But after receiving a final notice from Korea's Military Manpower Administration to join the Nonsan training camp on May 3, Lee announced two days ago that he has decided to pull out from both projects.

JG apologized that Lee was unable to finish what he had been working on.

Lee, 27, gained fame in Korea and throughout Asia after playing a woman-like clown in the 2005 hit film "The King and the Clown" and most recently portrayed a passionate magazine reporter in MBC TV series "Hero - 2010".

"Lee Joon-gi says is looking forward to life as average man"
by HanCinema is licensed under a Creative Commons Attribution-Share Alike 3.0 Unported License.
Based on a work from this source