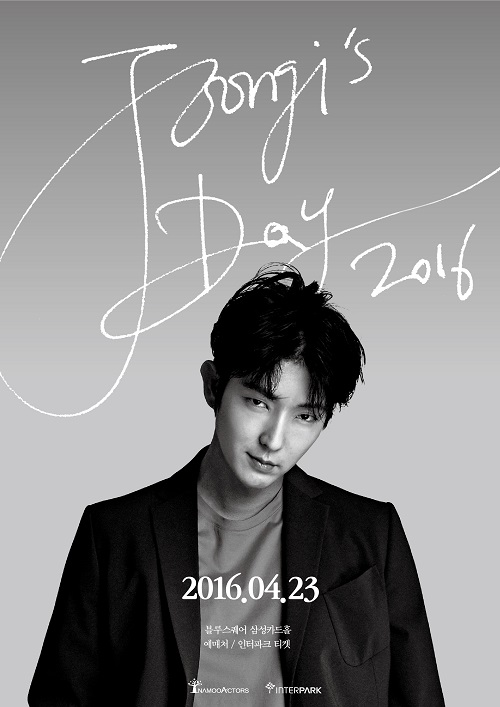 Tickets for Lee Joon-gi 's birthday fan meeting were sold out in three minutes to prove his unchanging huge popularity.

The 1,200 seats for his birthday fan meeting '2016 JOONGI's DAY' were sold out in three minutes as soon as the presale was open on InterPark. The event will be held at Blue Square Samsung Card Hall on April 23rd.

The format of the fan meeting this time will be a talk show mainly. They are accepting stories from his fans beforehand and will talk about their concerns and worries. Lee Joon-gi 's love for his fans is well-known and the event is drawing attention as to what he will present for his fans this time.

Lee Joon-gi is currently filming drama "Scarlet Heart: Ryeo". He will play the fourth prince Wang So during Goryeo era, whose nickname is 'Dog Wolf'. This drama is drawing huge attention from his fans in Asia. "Scarlet Heart: Ryeo"is slated for the second half of this year.

"Lee Joon-gi to hold fan meeting on his birthday, April 23rd, tickets sold out in three minutes"
by HanCinema is licensed under a Creative Commons Attribution-Share Alike 3.0 Unported License.
Based on a work from this source