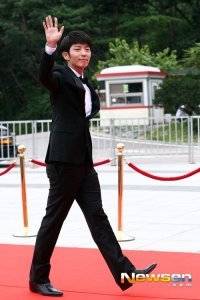 Lee Joon-gi, the co-star of Korea's blockbuster "The King and the Clown", will leave for Japan on Friday for the release of his film there.

During his four-day visit to Japan, Lee will hold a number of interviews with the Japanese media.

His management agency said that Japanese fans are already excited about the film as well as the visit by Lee, who portrayed the role of the beautiful clown Gonggil.

Lee already has a small but quite loyal following in Japan for his previous film "Hotel Venus". Japan also plans to air a TV mini-series starring Lee entitled "My Girl". He is expected to gain greater popularity in Japan through his film and TV appearances.