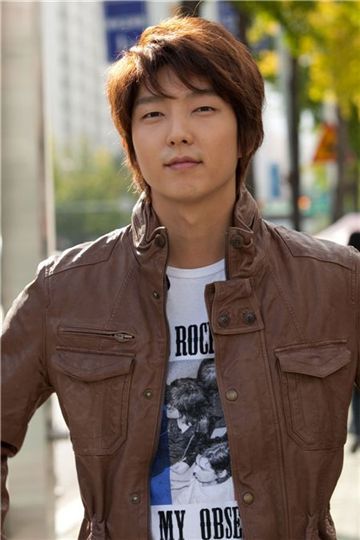 Korean actor Lee Joon-gi has been voted top Hallyu Star of the year in a survey conducted by a Korean business news publication, according to a press release by his agency Mentor Entertainment on Thursday.

In a recent poll titled "2009 My Vote for Top 6 Stars of the Year", Finance and Economy News asked viewers who they thought were this year's top six entertainers in the following categories; Male idol group, Female group, Solo singer, Male actor, Female actress, Hallyu Star, Drama and Film. Each respondent was allowed to vote for one star in each category.

Results for the survey -- conducted from December 21 thru 29 -- were based on the votes cast by netizens as well as the site's Internet statistics, such as the number of times each star's news articles were read.

Amongst nominees in the Hallyu Star category including actors Bae Yong-joon, Gang Dong-won, kwon Sang-woo, Lee Joon-gi, So Ji-sub and Song Seung-heon, Lee raked in 40 percent of the total 26,078 votes to be selected as the No. 1 Hallyu Star of 2009.

"I feel more happy and touched [by the news], perhaps because this is the last day of the year", the actor was quoted as saying. "I think it carries a bigger significance because netizens directly voted for me as this year's top Hallyu star. This year was very meaningful because I got to meet my Asian fans in Japan, China and Taiwan".

Lee, 27, became a household name after appearing as a woman-like clown in the 2005 film "The King and the Clown". He currently stars in MBC TV series "Hero - Drama", where he plays a passionate magazine reporter, and won the People's Choice Popularity award yesterday at MBC Acting Awards.

"Lee Joon-gi voted top Hallyu Star of 2009"
by HanCinema is licensed under a Creative Commons Attribution-Share Alike 3.0 Unported License.
Based on a work from this source