Lee Joon, "I introduced Go Ah-sung to Im Si-wan, his next partner role" 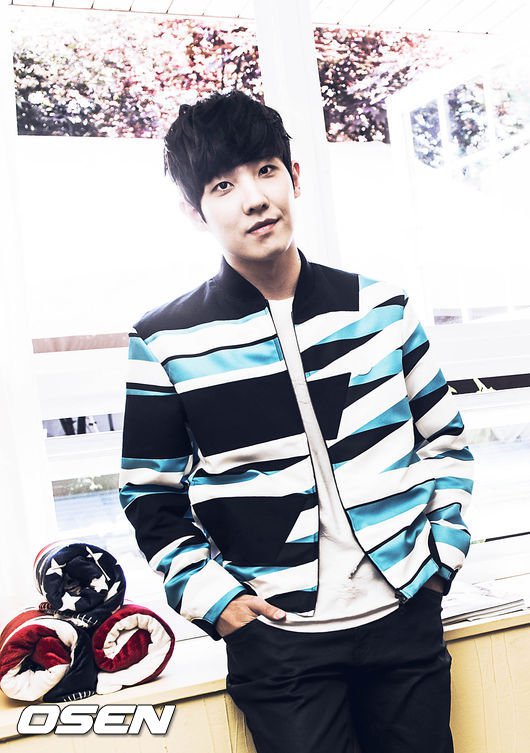 Actor Lee Joon revealed how he had introduced Go Ah-sung, his co-star in SBS' 'Heard It Through the Grapevine' to Im Si-wan.

On May 28th, Lee Joon met reporters from OSEN at a café in Samcheongdong, Jongro-gu, Seoul to share his stories about his drama, 'Heard It Through the Grapevine' with its completion date, ahead as well as his recent activities.

During the interview, he mentioned Go Ah-sung and Im Si-wan had received New Actor and New Actress awards at the 51st Baeksang Art Awards on May 26th. "Im Si-wan was often listed as candidates previously. I was expecting he would receive it this time. Same thing for Go Ah-sung. So I went to the ceremony to congratulate them" said he.

Lee Joon continued, "I bought drinks for Ah-seong and Im Si-wan before to introducem them to each other. Ah-seong is playing as my partner currently and will co-star with Im Si-wan in her next project" and "It's a small world".

He also talked about his friendship in the entertainment field. Lee Joon said, "I'm close with Hwang Kwanghee, Im Si-wan and Jung Yong-hwa. We truly support each other. We don't get to talk to each other much. However, whenever good things happen, then we congratulate and share the joy".

Lee Joon has been presenting the excellent acting performances for his role, a genius boy, Han In-sang in SBS' Monday & Tuesday drama, 'Heard It Through the Grapevine' From the intimidated emotions expressed in his eyes to the charismatic acting even in front of Han Jeong-ho (Yu Jun-sang), he has been receiving great reviews from those in drama production.

'Heard It Through the Grapevine' has two more episodes ahead to complete.

"Lee Joon, "I introduced Go Ah-sung to Im Si-wan, his next partner role" "
by HanCinema is licensed under a Creative Commons Attribution-Share Alike 3.0 Unported License.
Based on a work from this source