Lee Joon, "I was a wig fitting model" 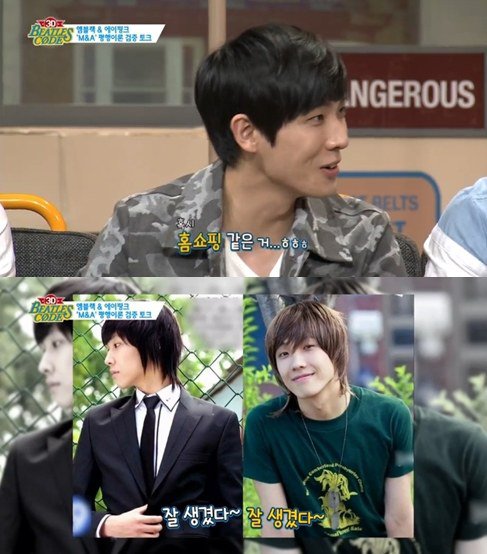 Lee Joon revealed pictures of himself as a wig fitting model on the Mnet show "Beatles Code".

MC Shin Dong-yup asked if there was anyone who was active as a child and Lee Joon said, "I was in "Ninja Assassin" when I was young".

Shin Dong-yup asked what he did before that and Lee Joon said, "Home shopping...and I was a wig fitting model".

Pictures of his fitting model days were revealed and Lee Joon looked the same then as he does now. He said, "This was when I was around 20 years old".

Shin Dong-yup asked how much he was paid and Lee Joon said, "It was about 40,000 won. It was a bitter job. MC Jang Dong-min said, "They must be waiting for you to become bald".

MC Shin Dong-yup told Lee Joon, "You auditioned several times but failed". Lee Joon said, "They all pointed out that my eyes were too far apart. They said it would look worse on TV so I massaged my nose but it didn't improve".

Shin Dong-yup said, "You have to do that when you're young. I did that and one day my eyes got too close. Then I learned, you gain one, then you lose one".

"Lee Joon, "I was a wig fitting model""
by HanCinema is licensed under a Creative Commons Attribution-Share Alike 3.0 Unported License.
Based on a work from this source