Lee Joon, "Lim Ji-yeon is a drinking friend, no scandals"

Lee Joon has worked with many veteran actors such as Ryu Seung-ryong, Yu Jun-sang and Yoo Hae-jin from "The Guest", "Heard It Through the Grapevine" and "Luck.Key".

"During "Heard It Through the Grapevine", director Ahn Pan-seok made us use the waiting room together. We spent 6 months together and it helped me. Working with senior actors like them helps me learn a lot. I'm easily intimidated. I don't talk much and I worry that I'll make a mistake. Ryu Seung-ryong and Yoo Hae-jin told me to call them "My Annoying Brother" but I couldn't. How could I? I've respected them since I was young". 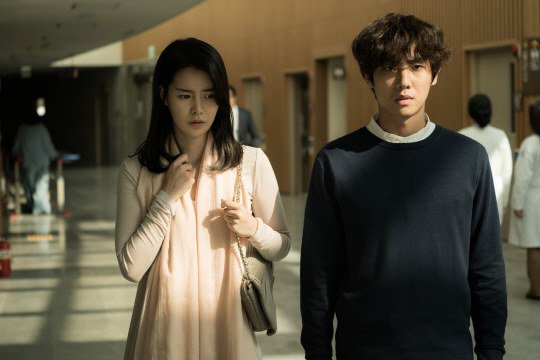 On the other hand, he's very friendly with those around his age. "I got really close with Lim Ji-yeon. It turns out we live really close by and we would meet up for beer after work. But we didn't get a single scandal. It's hard to work when you're close. I know her too well to play the part of secretly having a crush on her. We would joke around before the shoot and the moment the cameras start rolling we would have to become serious".

Meanwhile, "Luck.Key" was released on the 13th of October and it's about the lives of an action star and charismatic killer switching lives because of a locker key. While it's directed by Lee Gye-byeok, the cast includes Yoo Hae-jin, Lee Joon, Jo Yoon-hee, Lim Ji-yeon, Jeon Hye-bin and others.

"Lee Joon, "Lim Ji-yeon is a drinking friend, no scandals""
by HanCinema is licensed under a Creative Commons Attribution-Share Alike 3.0 Unported License.
Based on a work from this source