Lee Jung-jae to Appear in War Film with Liam Neeson 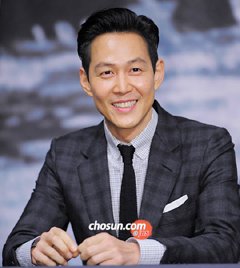 Actor Lee Jung-jae will appear in the war film "Operation Chromite" about Douglas MacArthur, who led the amphibious Incheon Landing during the Korean War.

Hollywood star Liam Neeson has been cast for a role of the American five-star general, and Lee will play the role of a Korean lieutenant in the navy.

"I'm so happy that I have a chance to work with Neeson, who is making his debut in a Korean film", Lee said with a laugh during a press event in Seoul last week. "I chose the film because it was based on a true story. I think it will be more like a spy film rather than a war film".

"I am looking forward to filming, and I'm very excited and anxious at the same time as I have high expectation for the film", Lee added.

The film is scheduled to be released sometime in 2016.