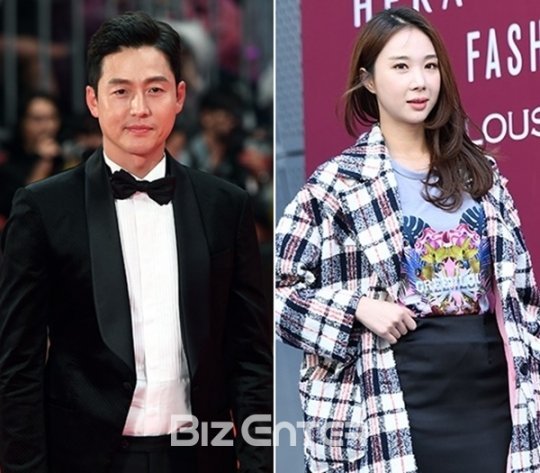 They have been seeing each other for 7 months.

Lee Jung-jin and Euaerin met through a friend and they are like any other ordinary couple who go out to eat and other similar activites.

Meanwhile, Lee Jung-jin has starred in dramas "Soonpoong Clinic", "9 End 2 Outs", "The K2", "Once Upon A Time In Highschool", "Mapado", and more. He's currently starring in the MBC Everyone TV show "Country Police 2".

Euaerin started off as a fitting model in 2007 and debuted through Nine Muses in 2010. She left the team last year at the same time her contract ended with Star Empire and has been solo since.

"Lee Jung-jin and Euaerin Confirmed to Have Been Dating for 7 Months"
by HanCinema is licensed under a Creative Commons Attribution-Share Alike 3.0 Unported License.
Based on a work from this source