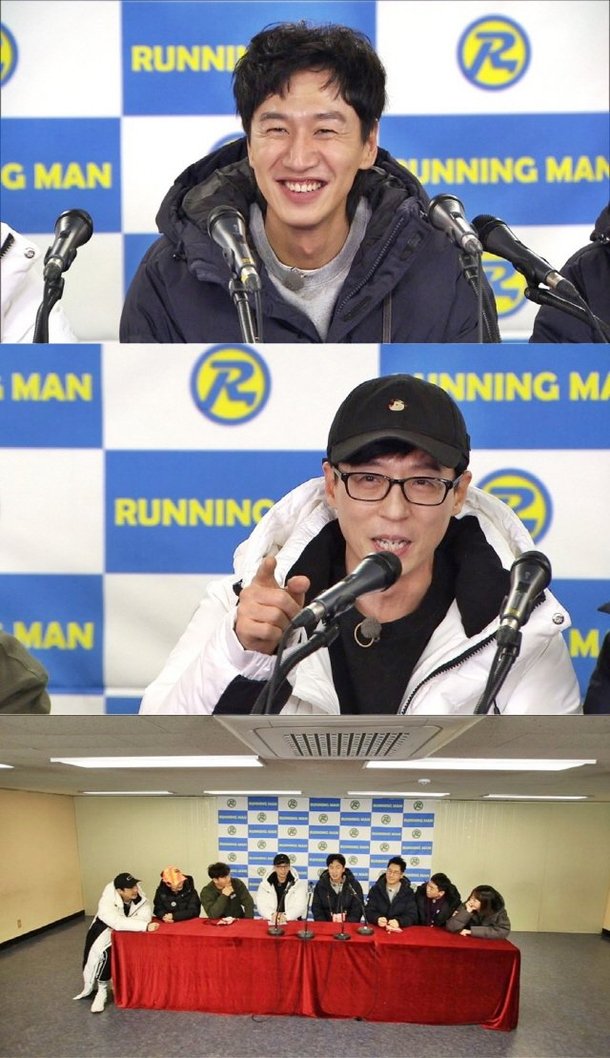 Lee Kwang-soo mentioned his relationship with Lee Sun-bin for the first time in public.

A press conference was held in the SBS TV show "Running Man" on the 13th.

The members of "Running Man" showered him with questions and Haha even had to tell Yoo Jae-suk to stop talking to let Lee Kwang-soo talk. Lee Kwang-soo said, "I feared Monday the most after the news broke out. I will accept questions one by one!"

Ji Suk-jin asked what they did on their 100th day and Lee Kwang-soo said, "We don't care for dates like that".

Kim Jong-kook then said, "You should have told me and I would have given you 100 won".

"Lee Kwang-soo Mentions Lee Sun-bin in Public for the First Time"
by HanCinema is licensed under a Creative Commons Attribution-Share Alike 3.0 Unported License.
Based on a work from this source