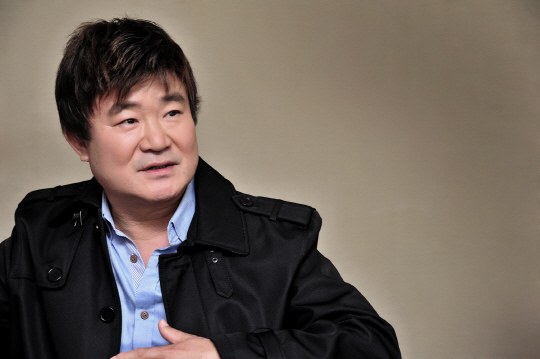 Actor Lee Kye-in is starring in "Shining Romance" out of friendship.

"Shining Romance" is a romance drama about a family bound by the heart and Oh Bit-na (Lee Jin) who gets divorced without a clue and her family overcoming these obstacles with her.

Lee Kye-in stars in the first and second episodes as Bit-na and Yoon-na's (Kwak Ji-min) father. Lee Kye-in is known to be a widely networked person and this appearance is based on friendship.

However, it seems that Lee Kye-in was a little skeptical about making this appearance at first because of the character. He said, "This role is completely the opposite of what I am used to. I was always widower in historical dramas but this time it's the father of a happy family. I wondered if I could pull it off. Then I told myself, "When will I get to work with Lee Mi-sook again?" and decided to go for it".

Lee Kye-in is a husband who loves his wife so dearly and a father to two daughters. He stars in a scene where he chases after Tae-sik (Yoon Hee-seok) who he misunderstands as a gangster following his daughter Bit-na and beats him up.

Lee Mi-sook also said, "I couldn't picture him in a modern drama but it suits him pretty well".

"Shining Romance" will be aired on the 23rd of this month.

"Lee Kye-in stars in "Shining Romance" "
by HanCinema is licensed under a Creative Commons Attribution-Share Alike 3.0 Unported License.
Based on a work from this source