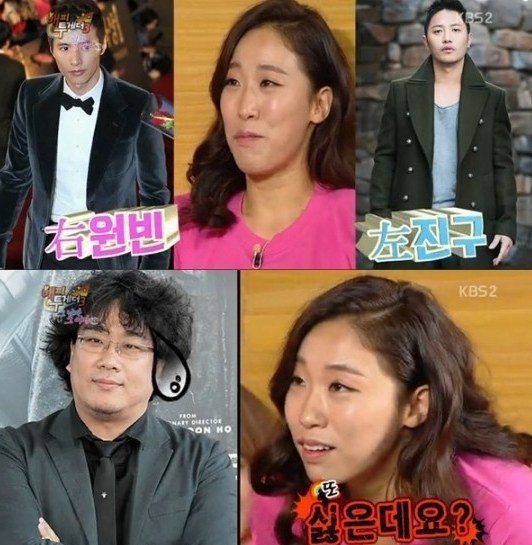 Actress Lee Mi-do told a fun story about getting drunk in front of Won Bin and Jin Goo.

Lee Mi-do appeared on the KBS 2TV show "Happy Together 3" in October last year and said, "I can't drink well. I was once the only girl at a drinking session with the director of "Mother - 2009"".

"There were Won Bin, Jin Goo, Song Sae-byeok and director Bong Joon-ho. I got drunk in an hour and a half. Won Bin told me he knew exactly how I felt and told me to rest over there. But I was drunk and said, 'no'".

Lee Mi-do appeared on the show again on the 8th and put on a show for everyone.

"Lee Mi-do gets drunk in front of Won Bin and Jin Goo"
by HanCinema is licensed under a Creative Commons Attribution-Share Alike 3.0 Unported License.
Based on a work from this source