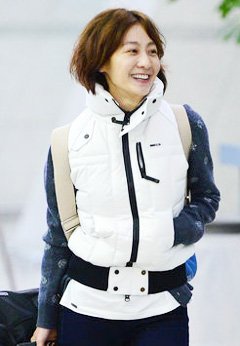 Cable channel tvN's latest reality show "Sisters Over Flowers", which began airing on Nov. 29, has served as a shot in the arm for the career of actress Lee Mi-yeon.

In the show, Lee shows her boundless energy, free-spirited personality and friendly attitude while traveling abroad with other veteran actresses.

Only two episodes have been broadcast so far, but Lee has already stolen the hearts of fans as they discover a new side to the actress -- one not seen in the quarter of a century since she made her debut in the late 1980s.

The show features several episodes of a 10-day backpacking trip to Croatia and Turkey by veteran actresses like Kim Hee-ae, Kim Ja-ok and Youn Yuh-jung. Young singer and actor Lee Seung-gi were tasked with taking care of them during the trip and booking places to stay in unfamiliar destinations overseas.

The show has got off to a good start and has been garnering higher ratings than a similar format that aired from July to October and featured older male actors traveling Europe and Taiwan.