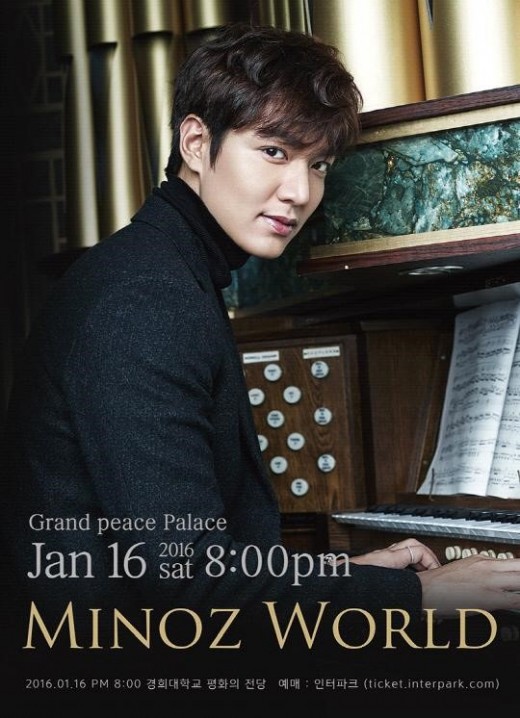 Lee Min-ho has showed off his unbeatable popularity again as the tickets for his first talk show in the year of 2016 was sold out as soon as the tickets were out for sale.

According to his agency on November 24th, all of the designated 3000 seats were sold out through the presale for his fan club within one minute.

Some fans, who could not purchase the ticket due to the heavy simultaneous access to the website, kept requesting to put out additional tickets for sale.

Lee Min-ho wanted to meet more fans at the show, which will be held in two years since his last solo concert. The team added more tickets to accommodate the request.

An associate with his agency said, "We originally limited the seats to 3,000 due to the characteristics of the show both with talk and music. However, to accommodate the repeated requests from his fans, we've decided to add more seats for general sale (outside the fan club)".

"Lee Min-ho's New Year Talk show sold out in one minute"
by HanCinema is licensed under a Creative Commons Attribution-Share Alike 3.0 Unported License.
Based on a work from this source