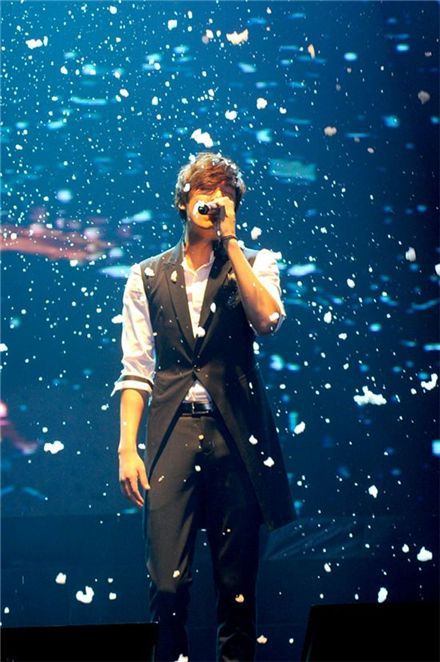 Actor Lee Min-ho, who made his name known throughout Asia last year through mega-hit Korean TV series "Boys over Flowers", is further solidifying his star status in the region with his latest drama "Personal Taste".

His agency Starhaus Entertainment said Friday that "Personal Taste", a story about a young architect pretending to be gay to live with a woman who wanted a male gay friend, is currently shown in Taiwan, Singapore and Hong Kong and will start airing in Japan and Thailand next month.

Lee is already popular in Thailand -- "Personal Taste" has yet to air there but was sought by over 120 media outlets for interviews during his recent visit to the country on October 16.

The actor and the drama has also graced the covers of the November edition of various Hallyu (Korean Wave) magazines in Japan.

"Despite the difficulty of running a promotional event for the drama we still receive an overwhelming number of demands for interviews in Japan, not just from Hallyu magazines but from fashion magazines, women's magazines and other media outlets", said the Japanese agency managing Lee's career in the country.

Lee, 23, debuted on the screen in 2006 but got his big break through "Boys over Flowers" last year which also starred actress Ku Hye-sun and actor Kim Hyun-joong.

In MBC series "Personal Taste" which aired in Korea in March of this year, Lee played the main male character opposite Korean actress Son Ye-jin.

Lee, also a promotional ambassador for UNICEF's LOVE NET campaign, will visit Japan on November 11 to attend a charity concert titled "Love & Peace" hosted by the United Nations. He will provide the narration for a video at the event on people living in regions hit by severe earthquakes.

Next year, Lee is set to star in a new SBS drama series "City Hunter" whose story is adapted from a Japanese comic series from the 80s. Lee will take on the role of a private detective who saves the city. 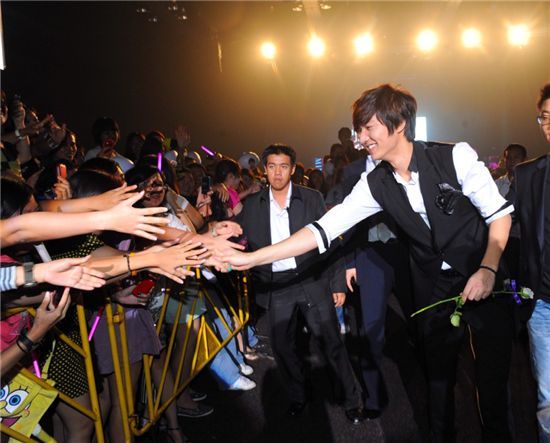 "Lee Min-ho wins more hearts in Asia with "Personal Taste" "
by HanCinema is licensed under a Creative Commons Attribution-Share Alike 3.0 Unported License.
Based on a work from this source