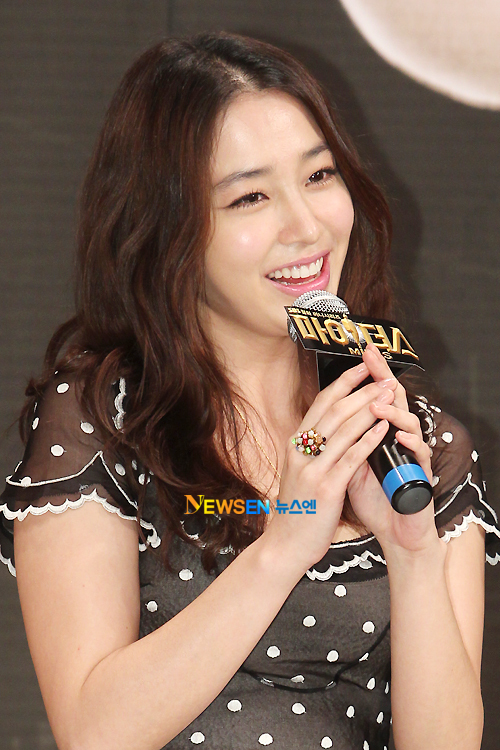 Actress Lee Min-jung moved the investment distributor Showbox. She is the one who restored the movie "Wonderful Radio" which was having troubles with investments and casting.

"Wonderful Radio" (produced by Eye Vision) is director Kim Yong-gyun's new project. It is a mellow movie about a former idol star Jin-ah (Lee Min-jung) who becomes the radio DJ for the lowest ranking station.

It's the push and pull between a former star who still depends on her popularity a long time ago and a square producer who tries to train her. The conflict with a mother who runs a restaurant and jealousy and friendship with former members In-yeong and Mi-ra will add to the fulfilling of this movie.

There have been many actresses who wanted to be in the movie, but it was hanging by a thread for lack of investment, which Lee Min-jung turned around. This was the power of the actress who swept all rookie awards with "Cyrano Agency" last year.

The production staff has word that, "We saw an interview of hers saying she wanted to be in a mellow movie with music, so we forwarded her the script and in four days she said she wanted to meet the director". After Showbox confirmed her wish to be in the movie they opened their safe.

"Wonderful Radio" will be cranking in this June after confirmation of all the cast. Currently Lee Jung-jin and Ji Sung are in the radar for the male roles.

"Lee Min-jung saves movie and opens Showbox safe"
by HanCinema is licensed under a Creative Commons Attribution-Share Alike 3.0 Unported License.
Based on a work from this source