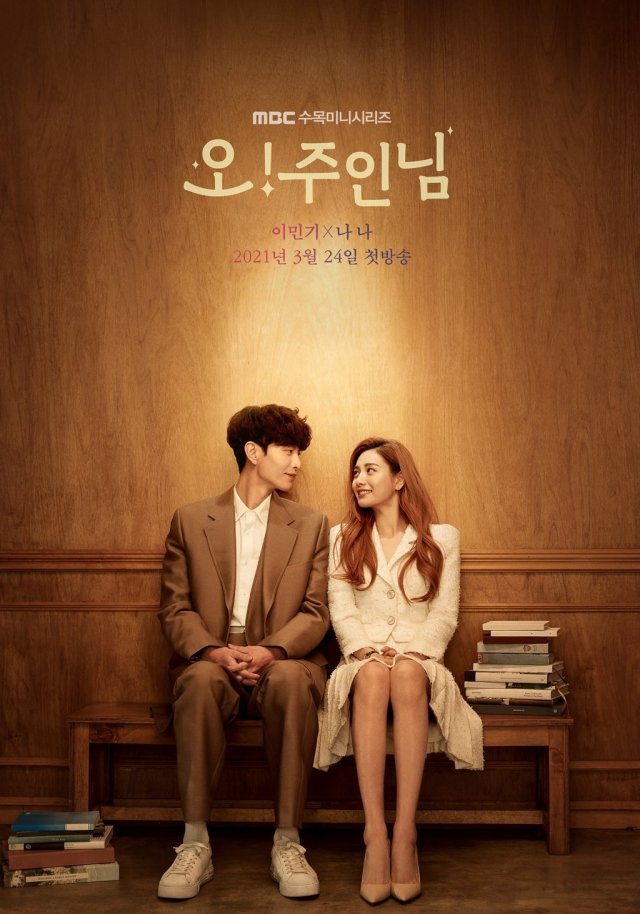 2021 MBC's first drama "Oh My Ladylord" is unveiled at last.

MBC's new drama "Oh My Ladylord" scheduled to air in March 2021, is a rom-com of a romantic comedy actress who 'can't date' a drama writer who 'won't'.

The teaser for "Oh My Ladylord" was released on the 22nd. The chemistry between the man who 'won't' Lee Min-ki (Han Bi-soo) and the woman who 'can't' Nana (Oh Joo-in) stands out.

They're sitting side by side on a bench. They are focused on each other and can't see or hear anyone else. Their expression shows how much in love they are with each other.

Meanwhile, "Oh My Ladylord" is MBC's first drama of the year and it premieres on the 24th of March at 9:20PM.

"Lee Min-ki and Nana's Eye Contact in Teaser Poster for "Oh My Ladylord""
by HanCinema is licensed under a Creative Commons Attribution-Share Alike 3.0 Unported License.
Based on a work from this source