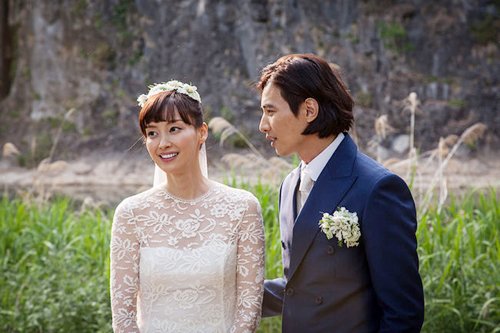 The couple tied the knot in late May in a low-key ceremony in the green wheat fields of Jeongseon, Gangwon Province, which paradoxically sparked massive hype.

On July 22, actress Jun Ji-hyun also said she was 10 weeks pregnant. Her agency said she will take things easier but by no means stop acting. She remains as popular as ever.

"Lee Na-young Pregnant 2 Months After Wedding"
by HanCinema is licensed under a Creative Commons Attribution-Share Alike 3.0 Unported License.
Based on a work from this source