Lee Na-young to star in new TV series with Rain 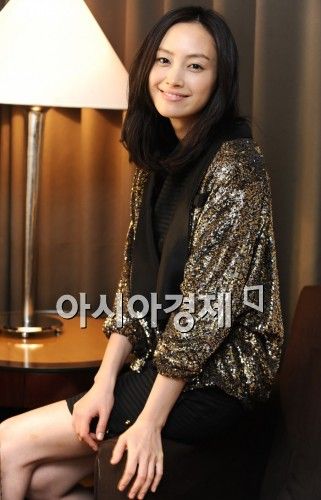 According to various industry sources, the actress is set to play the female lead opposite Rain, who is also returning to the small screen for the first time since starring in the 2005 SBS drama "A Love to Kill".

Lee's agency remained cautious about the news, however, saying they are "in negotiations" but has not yet finalized the deal.

"The Fugitive Plan B" will be directed by noted television producer Kwak Jeong-hwan and written by Cheon Seong-il, the duo behind the recent hit TV series "The Slave Hunters".

She has also starred in several notable films such as "Please Teach Me English" (2003) and "Maundy Thursday" ("Our Happy Time", 2006) and "Someone Special", for which she won best actress at the 25th Blue Dragon Film Awards.

"Lee Na-young to star in new TV series with Rain "
by HanCinema is licensed under a Creative Commons Attribution-Share Alike 3.0 Unported License.
Based on a work from this source