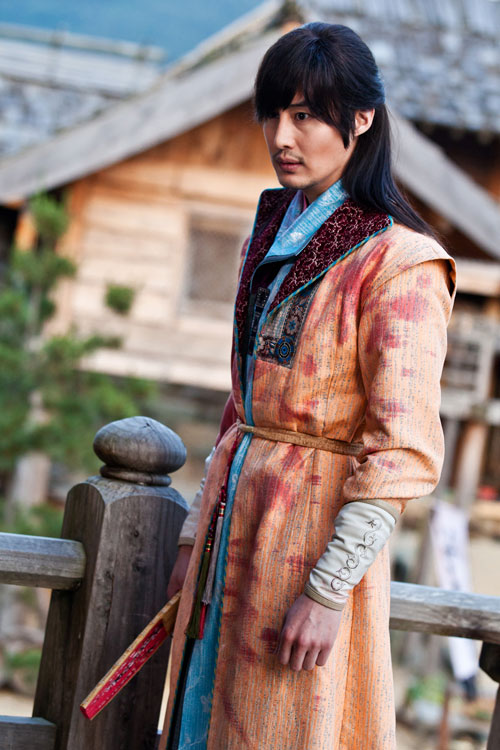 Actor Lee Philip is now one of the best medical practitioners from the ancient times.

Lee Philip has been cast for the role of Jang Bin in the new SBS drama "Faith" on the 13th of August.

Jang Bin is an excellent doctor with distinguished abilities in the art of medicine learnt from India and also practiced blood and epidemic fever.

In the scene revealed, Jang Bin is treating a wounded soldier and his hands move in detail and charismatically. The blood stains here and there on his costume tell that there was a fierce battle.

Lee Philip says, "Jang Bin is an outstanding character who has strong will and concentration on becoming the best at what he does. He is cold and pursues perfection but he has a gap when he is treating people".

Meanwhile, "Faith" is a fantasy mellow drama about an ancient warrior (Lee Min-ho) and a female doctor (Kim Hee-sun) from the modern times falling in love and creating a true king who can treat all of his people.

"Lee Philip as an ancient medical specialist"
by HanCinema is licensed under a Creative Commons Attribution-Share Alike 3.0 Unported License.
Based on a work from this source