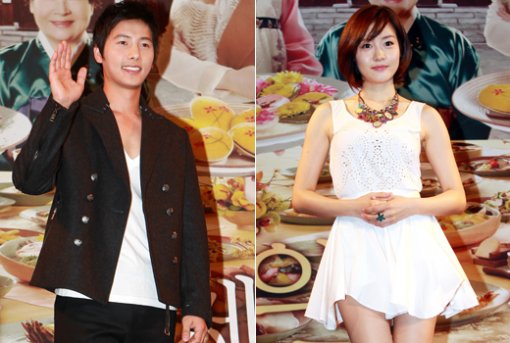 Actor Lee Sang-woo explained the scandal he had with actress Sung Yu-ri.

Lee Sang-woo appeared on the SBS TV program "Hwasin" which is to be broadcasted on the 16th and opened his mouth about the scandal.

The MC's asked him to explain what the truth was with the actress whom he co-starred in the drama "Feast of the Gods" with.

Apparently, Kim Ji-hoon-I, who was also in the program, added weight to the scandal on this day by saying, "Nothing comes out of nothing. There must've been reason for this scandal to spread".

Meanwhile, Lee Sang-woo and Sung Yu-ri denied the scandal that made them the hottest topic of the year last year.

"Lee Sang-woo explains the scandal with Sung Yu-ri "
by HanCinema is licensed under a Creative Commons Attribution-Share Alike 3.0 Unported License.
Based on a work from this source