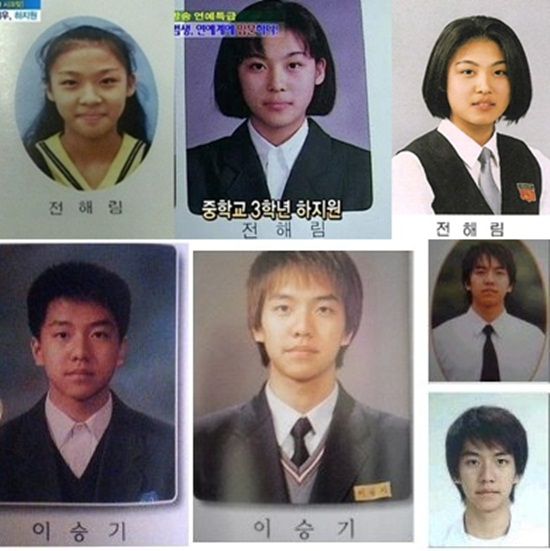 Ha Ji-won and Lee Seung-gi's graduation pictures were revealed on an online community site recently. In the picture are the very youthful pictures of these two. Ha Ji-won is smiling brightly and Lee Seung-go doesn't seem different at all from now.

The two are currently starring in the drama "The King 2 Hearts" as South Korean prince Lee Jae-ha (Lee Seung-gi) and North Korean female sergeant Kim Hyang-ah (Ha Ji-won). This drama beat other competing dramas like KBS 2 "The Equator Man" and SBS "The Rooftop Prince" in percentage according to AGB Nielson Media Research.

Netizen's say, "They were born handsome and pretty", "They are not different from today" and more.

Meanwhile, MBC "The King 2 Hearts" can be seen every Wednesday and Thursday at 9:55PM.

"Lee Seung-gi and Ha Ji-won's school pictures"
by HanCinema is licensed under a Creative Commons Attribution-Share Alike 3.0 Unported License.
Based on a work from this source