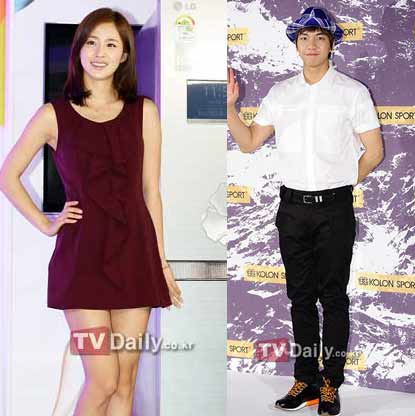 What if my child was to look like Kim Tae-hee or Lee Seung-gi?

"Baby Fair" conducted a survey of 400 pre-mothers asking them who they would want their child to look like.

Lee Seung-ki was voted more than half with 54% (215) and became the first male artist.

Jo In-sung who was discharged from the army last May rated 2nd with 26% despite the fact that he was gone for two years. G-Dragon from Big Bang came in 3rd (13%) and Cha Seung-won 4th (6%).

Kim Tae-hee was chosen as the first for female stars. This was the result of mothers who favored good and intelligent looking people.

Shin Min-ah came in 2nd with 32% (127) and 3rd came in Gong Hyo-jin from the recently ended drama "The Greatest Love" and Girls' Generation Yoona.

Chairman Lee Geun-pyo from "Baby Fair" said, "The increase in women's social role and inheritance has brought a change in the parents mind, favoring more female children now. There are many who have more fun raising a daughter now days".

"Lee Seung-gi and Kim tae-hee "Most wanted face for babies""
by HanCinema is licensed under a Creative Commons Attribution-Share Alike 3.0 Unported License.
Based on a work from this source