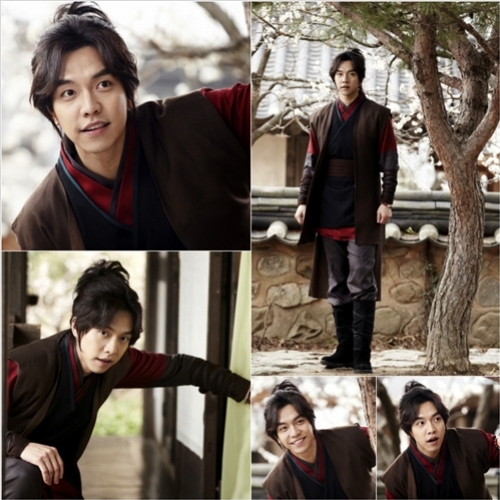 Lee Seung-gi was seen on the set of "Gu Family Book".

In some pictures of Lee revealed on the 18th, he seems cheerful and romantic at the same time. The Hanbok he's wearing and the ponytail synchronizes with the character of Choi Kang-chi.

After the first scene, Lee Seung-gi said, "I am honored to work with writer Kang Eun-kyeong and producer Sin Woo-cheol. I am excited about working with the co-cast and I'm preparing a lot for this drama since I've never done a historical before".

Meanwhile, "Gu Family Book" is about a half man and half beast struggling to become human.

"Lee Seung-gi's hair tied up"
by HanCinema is licensed under a Creative Commons Attribution-Share Alike 3.0 Unported License.
Based on a work from this source