Lee Seung-gi To Bear The Torch At London Olympics 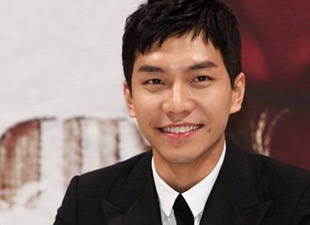 The triple threat entertainer, Lee Seung-gi can add another accomplishment to his resume: London Olympics Torchbearer.

Lee's agency, Hook Entertainment, confirmed on March 14th that the star was chosen as a torchbearer for the London Olympics in July. No other details were revealed.

The reason for Lee's selection was mainly because of the internationally-renowned company Samsung's sponsorship of the event. The Korean conglomerate reserves the right to recommend a certain number of torchbearers, and Lee was chosen as he is the face for Samsung's kimchi refrigerator line.

The singer-actor-MC will take off for London after he wraps up the shooting of the drama "The King 2 Hearts" and his concert in Japan in June.

On a related note, rumors have indicated that another Korean torchbearer for the sporting event may be Han Ga-in. Samsung addressed these rumors saying that nothing has been decided yet.

"Lee Seung-gi To Bear The Torch At London Olympics"
by HanCinema is licensed under a Creative Commons Attribution-Share Alike 3.0 Unported License.
Based on a work from this source