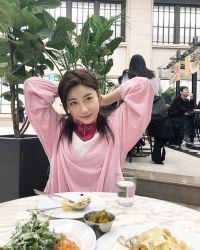 Lee Su-jeong posted a video on her Instagram on the 3rd saying, "I tried to sleep early today and I think I might!"

In the video, she's looking at the camera in a cute pink shirt. Her hair is split into two pigtails.

She starred in the Mnet "Somebody" music video and paired up with Lee Eui-jin.

Lee Su-jeong is not only a good dancer dance, but she's good at DJ-ing too.

Lee Eui-jin is from Big Flow, which debuted in 2014 with a mini album called "First Flow". Big Flow's Ron married Lee Sa-gang and his contract ended on the 13th last month. Only Rex, Sung-min and Eui-jin are left in Big Flow. Lee Eui-jin also starred in "The Unit", an idol rebooting project and debuted again as UNB.

Lee Su-jeong and Lee Eui-jin are 31 years old this year.

Lee Su-jeong appeared in the TV show "I Can See Your Voice 6". 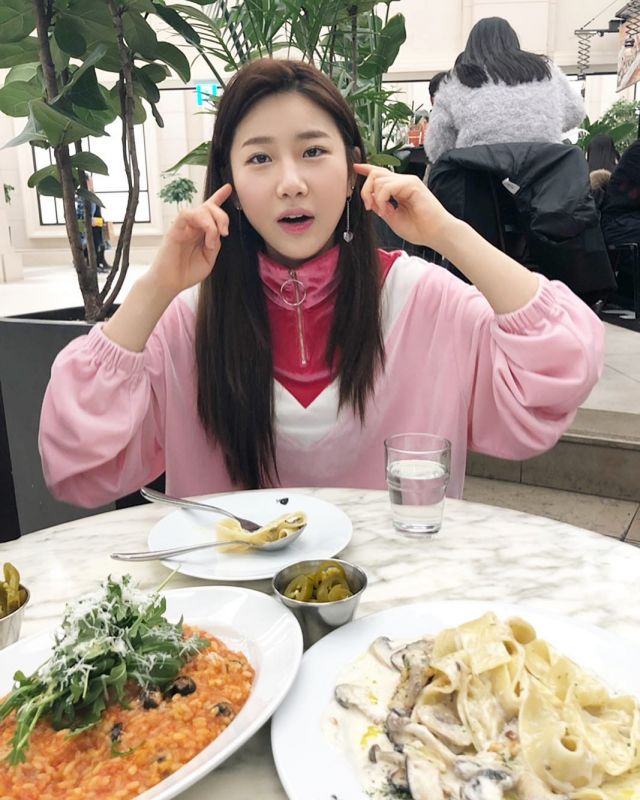 "Lee Su-jeong Shows Off DJ-ing Skills"
by HanCinema is licensed under a Creative Commons Attribution-Share Alike 3.0 Unported License.
Based on a work from this source