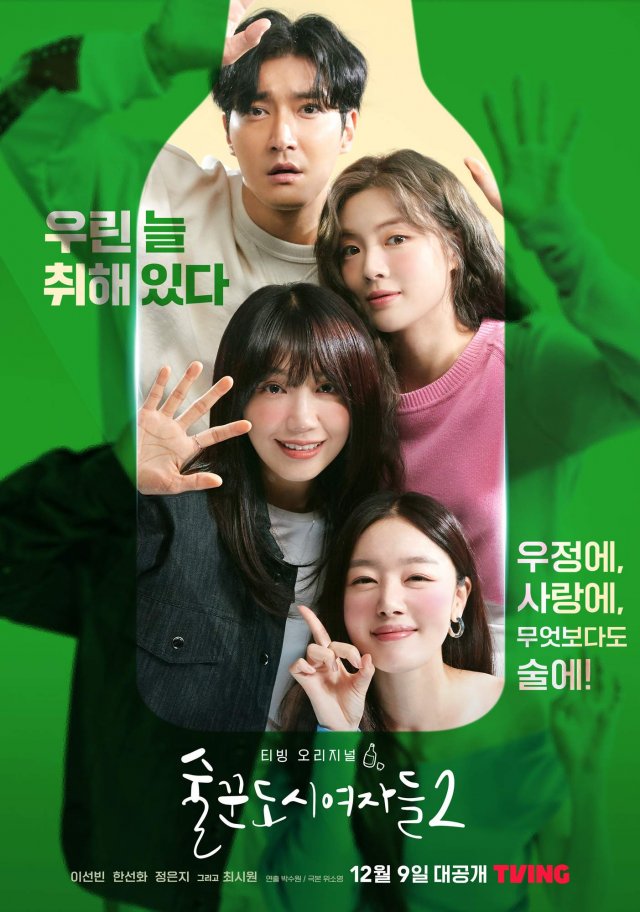 "Work Later, Drink Now - Season 2" which will be broadcast in TVING, unveiled group posters of Lee Sun-bin, Han Sunhwa, and Jung Eun-ji and Choi Si-won, who want to have a drink together.

In the poster released on the 29th, the cheerful energy of the three 'drunken girls' stands out. First of all, Ahn So-hee with a lovely smile, Han Ji-yeon, who seems to be shouting 'one more shot' and Kang Ji-goo, who has a pleasant charm, are intriguing.

Along with them, Kang Buk-goo, the male protagonist, is also seen. There is a different expression on his face. Kang Buk-goo will also make viewers laugh by showing antagonism with writer Ahn So-hee and other drinking friends in his previous work.

At the same time, the catch phrase, "We are always drunk. Friendship, love, and most of all, alcohol!!" catches the eye.

"Work Later, Drink Now - Season 2" work is a full-fledged tactical drama that depicts the daily lives of three women who are drunk at the end of the day. It will premiere on the 9th of next month on TVING.