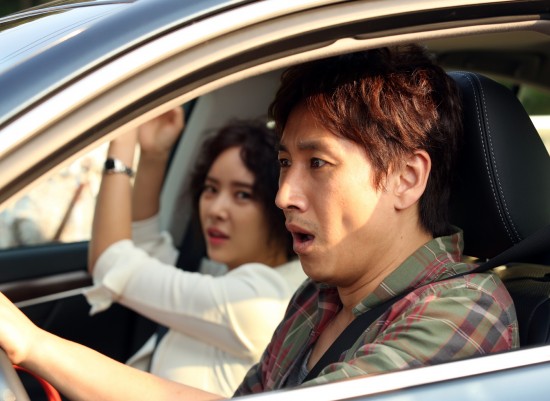 Lee Sun-kyun and Hwang Jung-eum cause a 10 cars pile up?

The scene that was shot on a deserted street in Busan on the 26th last month was of a 10-car pile up where Lee Sun-kyun did well enough for a stuntman on site to praise him for.

This scene was a risky one where they entered an accident site after many pile ups. Lee Sun-kyun increased speed at the right timing and got a round of applause for his excellent skills and timing.

Lee Sun-kyun said, "There are many good things about the drama but I like the title the most. There is a "Golden Time" for everyone. It's like that to me too but I hope this drama lets someone dream of the greatest moment at one point of this drama".

"Lee Sun-kyun causes 10 pile ups with Hwang Jung-eum"
by HanCinema is licensed under a Creative Commons Attribution-Share Alike 3.0 Unported License.
Based on a work from this source