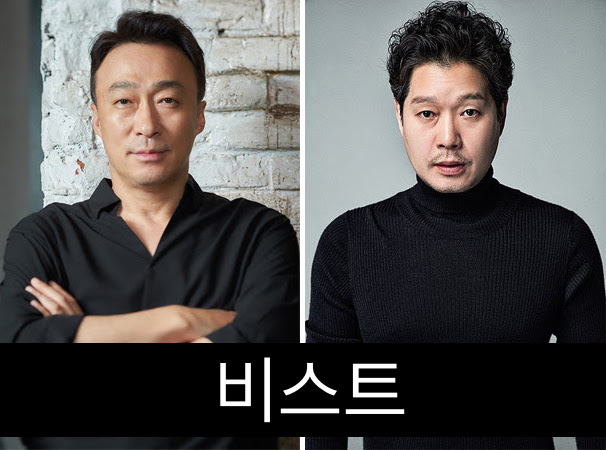 Actors Lee Sung-min and Yoo Jae-myung, who have earned praise from movie and TV viewers, are starring in "The Beast", a criminal action movie about two detectives in conflict who solve a murder that shakes up the Korean peninsula.

Lee Sung-min, who has had continuous hits in "The Spy Gone North" and "The Witness", takes on the role of Jeong Han-soo who puts himself in danger to find the killer. Yoo Jae-myung plays Han Min-tae, Jung Han-soo's rival who is very eager to solve this murder. Their working synergy is greatly anticipated.

"The Beast" is produced by Lee Jeong-ho and it is the latest by Studio and New. "The Beast" will begin filming in November, aiming for release in 2019.